Are You a Leader? 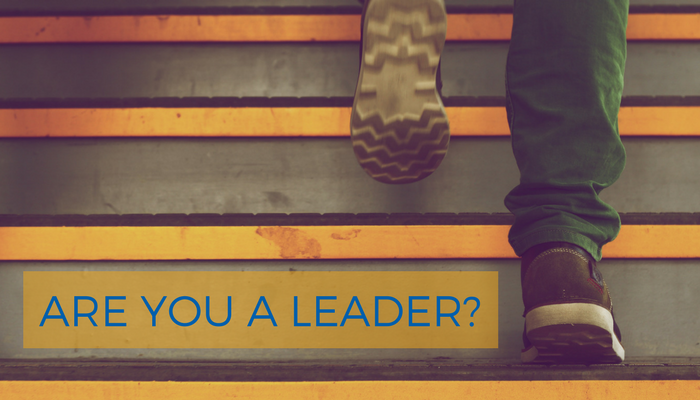 Almost everyone in business—owners, CEOs, presidents, VPs, managers, and department heads—wants to be perceived as leaders not only by those who report to them, but also by those to whom they report.  Salespeople, too, want to be viewed as leaders by their peers and customers.  But, what makes one a leader?

Being a leader is like being a lady; if you have to go around telling people you are one, you aren't. – Margaret Thatcher

There has been much written about leadership and how to develop leadership talents.  Many of today’s leaders, in business and politics, equate leadership with popularity.  They take polls and surveys to find out what’s popular and then try to adopt that stance.  They attempt to be all things to all people…and end up being nothing to no one.  Popularity is not leadership.

Lead, follow, or get out of the way. – Thomas Paine

True leaders have one common trait.  They have vision—belief in a cause.  And, that cause is not about personal ambition.  It’s something bigger—bigger than them.  Personal ambition may motivate an individual, but it won’t motivate others to follow.

Leadership is about taking a position to further the cause, knowing that it will draw criticism.  It’s about ducking the bullets and firing back.  It’s about conviction and keeping the vision in focus.  Leaders know that unless they have absolute conviction, they will not inspire others to follow.

Most importantly, true leaders know that leadership is not about achieving personal success (or wealth); it’s about making their vision a reality…accomplishing the goals of the cause to which they have made themselves vulnerable.

If your actions inspire others to dream more, learn more, do more and become more, you are a leader. – John Quincy Adams

Do you have a vision…a cause greater than yourself to which you are firmly committed?  Are you willing to plant your feet and defend your position, regardless of its popularity?  Do you inspire (rather than require) people to help you accomplish your goals?  If so, you may be a leader.