Stop Winging it When it Comes to Selling 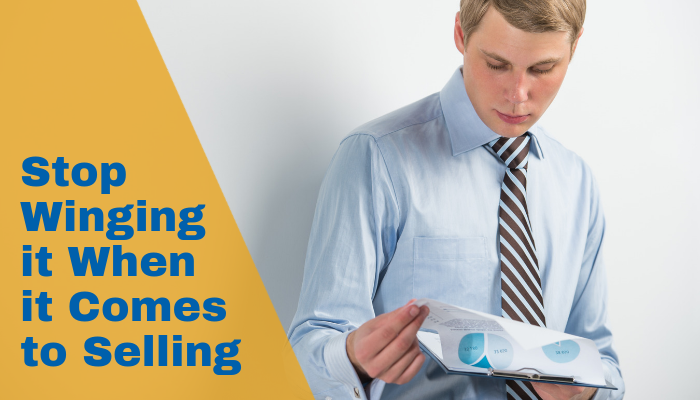 I’m always amazed when I work with a company that has a team of sales people selling the same product or service to the same set of customers and getting two completely different results. What happens is there’s a wide disparity between the top salesperson and the bottom salesperson of that team? What’s the difference? It’s their playbook for selling.

Whether these two people know it or not, each one has a playbook that they follow for selling. Each of these two people is following a system for selling. It may be unconscious, and it’s probably not documented. If each person followed the same playbook, they’d get the same result. So, if you think about it, having a documented playbook of how to sell your product or service can be critical in replicating best practices. A playbook is the documented steps in your sales process that outlines how you handle common situations- the playbook is how you sell!

3 Powerful things happen when you create a system for selling:

1. You’re Consistent- I love the expression, “It worked so well I stopped doing it.” Think about it, a playbook captures your best practices and reminds you to follow a pattern. When the customer says X you need to say Y. How many great things have you done so well you stopped doing them?

2. Improves Over Time- A playbook allows you to improve your process over time. For example, while building their playbook, one of our clients learned that they closed twice as many deals if the prospect did a plant tour. If you knew that you could double your chances of closing business by doing one thing…wouldn't you drive to make that one thing happen? Creating a playbook for selling allows you to capture the best practices in your sales process.

3. It’s Transferable- A client recently said it best. He said, “Before getting Sandler involved with my sales team when I would train a new rep, I would take them along with me on sales calls. Before the meeting, I would say ‘just do what I do.’ It never worked. Somehow, I couldn’t communicate to them what I was doing. Now that I have Sandler I have a system and language for describing what I’m doing and why I’m doing it.” Now that’s a system!

If you want to make a difference in your sales, create a reliable and transferable system for selling and get it into a Sales Playbook. Join us for our next complimentary webinar, Build a Winning Sales Playbook for the Year. Find out more>> 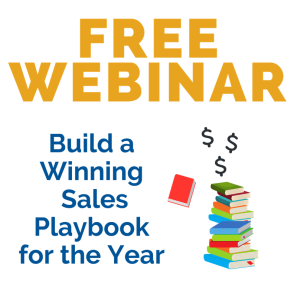 Are You Too Busy To Close Sales? 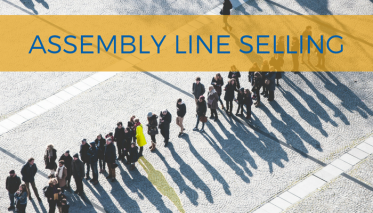